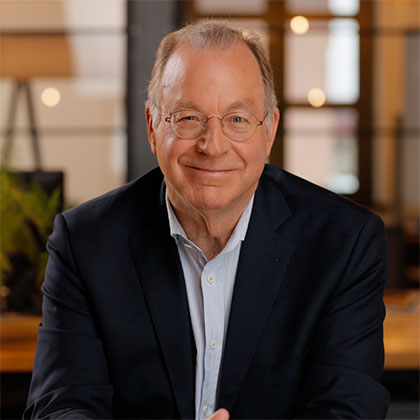 David Morrison divides his time between two main activities: his charitable work for nature conservation on the supervisory and management boards of four conservation trust funds; and his role as Senior Independent Director of Georgia Capital, the Republic of Georgia’s leading investment firm.

In addition to his role at LLF, David’s nature conservation work is focused on conservation finance through three other conservation trust funds where he serves on the Supervisory or Management Board:  Caucasus Nature Fund (national parks in the Caucasus); Blue Action Fund (marine protected areas); and Prespa Ohrid Nature Trust (protected areas in the southwest Balkans).

Until 2008, David was a business and financial lawyer at Sullivan & Cromwell LLP for 25 years, where he served as co-managing partner of the firm’s Continental European offices.  From 2019 until January 2021, David was the Republic of Georgia’s Environmental Ombudsman.

David has a B.A. from Yale College, a law degree from UCLA, and was a Fulbright scholar at the University of Frankfurt.